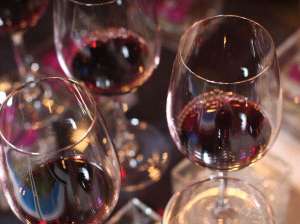 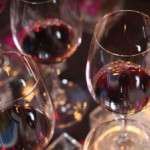 Not only is it the biggest wine event of the year for Vancouver, not only does it support the arts (Bard on the Beach Shakespeare Festival now), not only has it grown to showcase 1,850 wines from 176 wineries from 15 countries this year, it is also extremely well organized and executed under executive director Harry Hertscheg, and smoothly and professionally presented to media folk by PR pro Shannon Heth with all the details a writer needs. What struck me even more the last two years I attended was the amazing army of wine-loving volunteers, some of whom must surely help with the pouring of 30,000 bottles of wine. Now that’s a wine festival. Let’s get to the wines.

Then try Mission Hill Family Estate, Perpetua 2010. Wow again, and even more subtle oak. Which might seem surprising since it sees New French Oak for eight months. Or at least it was to me. But I’m not a winemaker, you’ll have to ask a winemaker about that. Or wait until I do an in-depth story on oak and all the fabulous and ugly ways it’s used in wine. This one is spectacular.

These are not the typical big, bold, and buttery chardonnays many associate with this grape variety here in North America. These are… a refreshing walk along the sea wall in late September, when the air is crisp and dry, the leaves about to burst in resplendent colour.

Lanson, Black Label Non Vintage champagne. Fruity. Crisp. Those who lean towards the Italian prosecco rather than the French champagne because they find the few champagnes they’ve tried a bit too… sour-ish, will like this one. So will any fan of bubbly, frankly. It’s delicious! 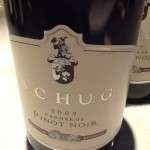 My favourite of the eve was the Schug Carneros Estate Winery, Heritage Reserve Pinot Noir 2009 from the feature region this year – California. I am a big fan of pinot noir. And this is a beautiful representation of how pinot noir can be done from this region.

Last but not least (there are 1,850 wines being showcased) is the Signorello Estate, Tête de Cuvée Padrone 2007 also from California (Napa). This blend of cabernet sauvignon, merlot and cabernet franc is smooth like butter, rich like perfectly ripened fruit.

So there you go. A snapshot preview of the Vancouver International Wine Festival coming up next month.

UPDATED Jan 20, 2013. Signorello Padrone 2008 is available at Signature BC Liquor Stores, some may have the 2007 tasted as noted above and even older. It was previously indicated that it was only available for sale in California.