Terroir (and Embarrassment) in the Climats of Chablis 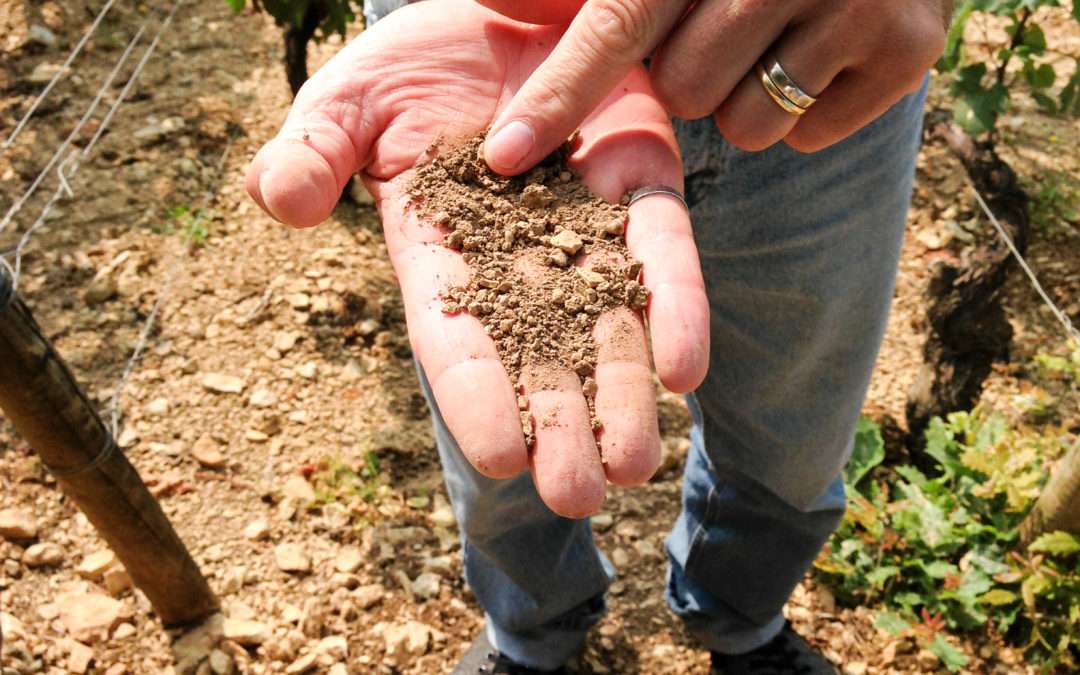 “No, I don’t want to do a stones tasting,” he says, “but please, go ahead.” He motions to the piece of jagged limestone in my hand, layered with the Exogyra Virgula oyster shell fossils characteristic of the 150-million-year old Kimmeridgean bedrock in the vineyards around Chablis, a small town in northeast France so far north at the tip of the wine region to which it belonged, it was closer to the outreaches of Champagne than to the rest of Burgundy.

It was my first wine trip to France, meaning I was here specifically to immerse myself in all things wine, and more accurately, the vineyards and soils, to gain a better understanding of terroir – that magical mix of climate, geological composition of a specified area, and what you did with the two to produce beautiful, inimitable wines.

If there was one place where I would get terroir enlightenment, it would be in Chablis where parcels of vineyard land called climats of varying aspect and slope translated into top-tier wines, also called Chablis, with different personalities but all made with one grape known for mirroring its environs in taste and flavour: Chardonnay.

Inextricably linked to terroir was “minerality”, a frustrating word to describe wines. Frustrating, because the word meant so many different things to so many different people. One Master of Wine candidate I asked defined it simply as a lack of fruit in wine. Others since have described it as a smell, a taste, a texture, or all three that was not reminiscent of fruit, oak, spices or anything else already named. Some say it only expressed itself in white wines, while still others say it can be picked up in all colours of wines.

Wet stones is a common way writers and sommeliers have described the mineral character of a wine. And I wanted to smell it. Taste it. Feel it.

Wet. Dry. The rocks and stones I’d been tasting in the geographically closer wine regions off the west coast of Canada, the northwest of the US in Oregon and Washington, and further south into California – they smelled and tasted of absolutely nothing.

But the argilo-calcaire rock, a mixture of limestone and clay, in my hand that afternoon smelled of something. Like the sea. Oysters. Didier himself pointed it out. Surely, they would have a taste as well. Chablis wines were also known for their distinctive minerality, often described as pierre de fusil or gunflint.

Only, I was feeling a little embarrassed. Standing in the tasting room of William Fèvre, one of the largest and most prominent producers of Chablis. Standing in front of the first winemaker I’d met who was so eloquent with his words, so precise in his descriptions. I was so sure Didier would want to join me. Instead, he seems to be looking at me as if I might be crazy, leaving me wondering if he was regretting having set up the flight of wines in front of us, 11 of which were from the 2011 vintage to taste through the variety of wines from an assortment of climats.

Never mind that three years after that first wine trip to Chablis, I will be back home in Vancouver at a tasting with Laurent Drouhin, one of four fourth-generation siblings who run Maison Joseph Drouhin, a fine producer of Burgundy, including some beautiful Chablis. He immediately steals my words-and-wine loving heart when he points out how wine descriptions have become “too precious” to be useful. That the word minerality didn’t mean anything. That it isn’t even a French word. I will feel all the more vindicated when he shares that his father made him taste not just the rocks, but the soils of their land, to understand terroir. Clearly, I wasn’t the only one going around tasting rocks.

Minerality is a relatively new word in the world of wine. Ten years ago, the word didn’t even warrant an entry in the Oxford Companion to Wine, the bible of wine. Since then, the word has become so popularized that it was included in the fourth edition update last year “even if impossible to define,” writes editor Jancis Robinson.

Science has shown repeatedly that there is no direct link between the mineral nutrients in the soil and the mineral character in a wine. Even if retained in the wine, they would not be tasteable. Still, there was no denying that certain soils produced grapes that translated into wine with very distinct, inimitable characteristics.

It’s true that the language we use to describe wine is used metaphorically, but shouldn’t they at least evoke the actual smell and taste of the things we name? Why else would we describe them as such? How else to communicate what a wine is like?

Didier’s eyes and those of the shop assistant at Domaine Fèvre are on me. For a moment, I wish I might fall into an imaginary hole below me. Swallow me up whole and poof! – disappear.

I take a furtive lick. I can feel the weight of their stares.

But wait! There was a taste. Bolder now, from that first tickle on my tongue, I take a bigger lick, even taking a piece and letting it sit on my tongue as I sucked. Oysters! It tasted of the sea. It tasted as it smelled. Finally, after more than three years of stones tastings, I’d come across rocks that actually smelled and tasted of something. The sea. Oysters. Salinity. Didier uses the word iodé or iodine-like.

We taste through the lineup of wines. Each with the unmistakable bracing acidity, vivaciousness of Chablis, and yes, the minerality, which I would describe as a smoky characteristic. Which is what I imagine the French mean by goût de pierre à fusil. Gunflint. (I’ve never smelled or licked a gun). A salinity. There was a sniff of chalk that my nose always picks up as both an aroma and a texture when I sip Chablis. And each climat showed differences.

There are three quality levels of Chablis. Chablis Grand Cru is the highest and made from grapes grown on the steepest, longest hill on the north end of town, on the east side of the Serein River, and divided up into seven climats. Chablis Premier Cru is next and made from grapes grown in climats spread out on a variety of hills on both sides of the river. And Chablis is made from the fruit of vineyards that spread further out. There is also Petit Chablis, an appellation that was added in 1944, made from grapes grown on younger, Portlandian limestone soils without the oyster fossils embedded in them on flatter vineyards even further out from the town of Chablis. Some say it’s an introduction to Chablis, but I think they make a terrible one. With very few exceptions, they have none of the irresistible characteristics of Chablis, and would likely never persuade a wine lover to make the extra spend for a Chablis Premier Cru, which is so undeniably refreshing, so distinct.

Didier goes through the differences in aspect and slope of each of the climats as we taste through the wines to illustrate terroir.

The Fourchame Premier Cru was the most rounded, with a rich body – like “un meilleur ami” as another described to me. The Vaudésir Grand Cru had a fruitier nose, its grapes picked from steep slopes at an angle of 45 degrees to the sun, and thus ripened earliest. The Valmur Grand Cru was the opposite with more steely notes and increased acidity, though still silky and creamy. And Les Preuses and Les Clos? These were the ones with the biggest potential for ageing, which is part of terroir for Didier.

Terroir is what gives a wine its capacity to age. Terroir expresses the taste that isn’t linked to the grape.

“Au début, c’est l’expression du cépage,” says Didier. In the beginning, you taste and smell the fruit, which is the expression of the grape. With age, you taste the terroir. Or as another Chablisien (who actually represented La Chablisienne, a cooperative that makes a whole third of the Chablis made in Chablis) told me, the Grand Cru Les Preuses has “un sol qui vous laisse oublier Chardonnay.” A soil that makes you forget Chardonnay.

Chablis’s intensity, vivacity, and refreshing nature. Its ability to age. Terroir. It all swirls into a sip of heaven. A sip that is distinctly, uniquely Chablis.

I ask Didier what his favourites are.

Today, I say. Wines, like people, express themselves differently at different times, though at their core remain the same.

I take a look at my notes and see that the ones he listed are also the ones that I’d circled as the standouts. The rebuffed stones tasting proposal is forgotten. We are in communion over which wines tasted best that day, and I bask in the warmth of this shared pleasure. The pleasure of the inimitable, terroir-driven wines of Chablis. ♦ 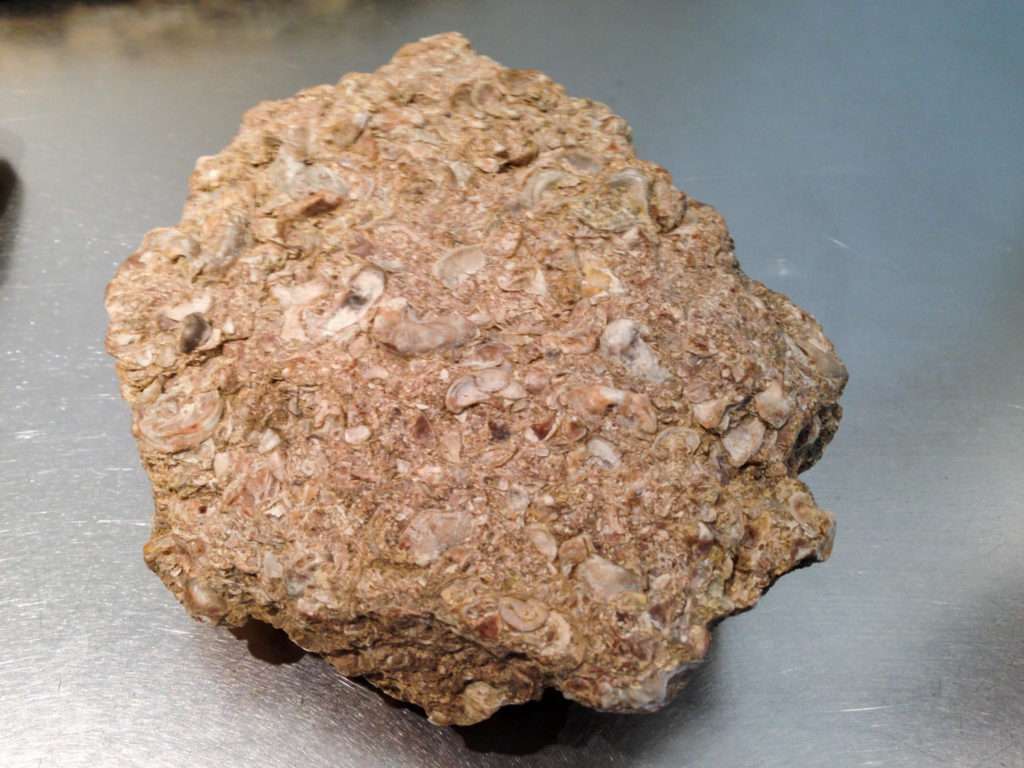 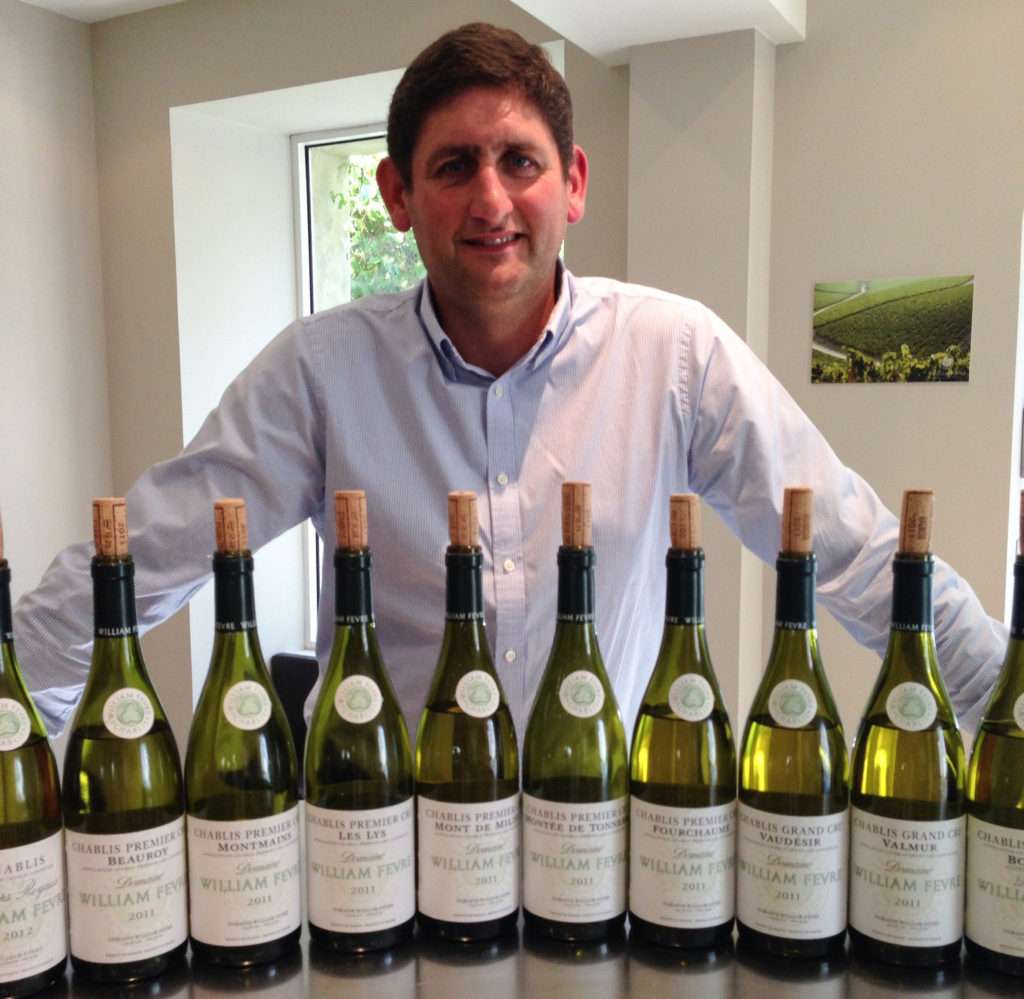 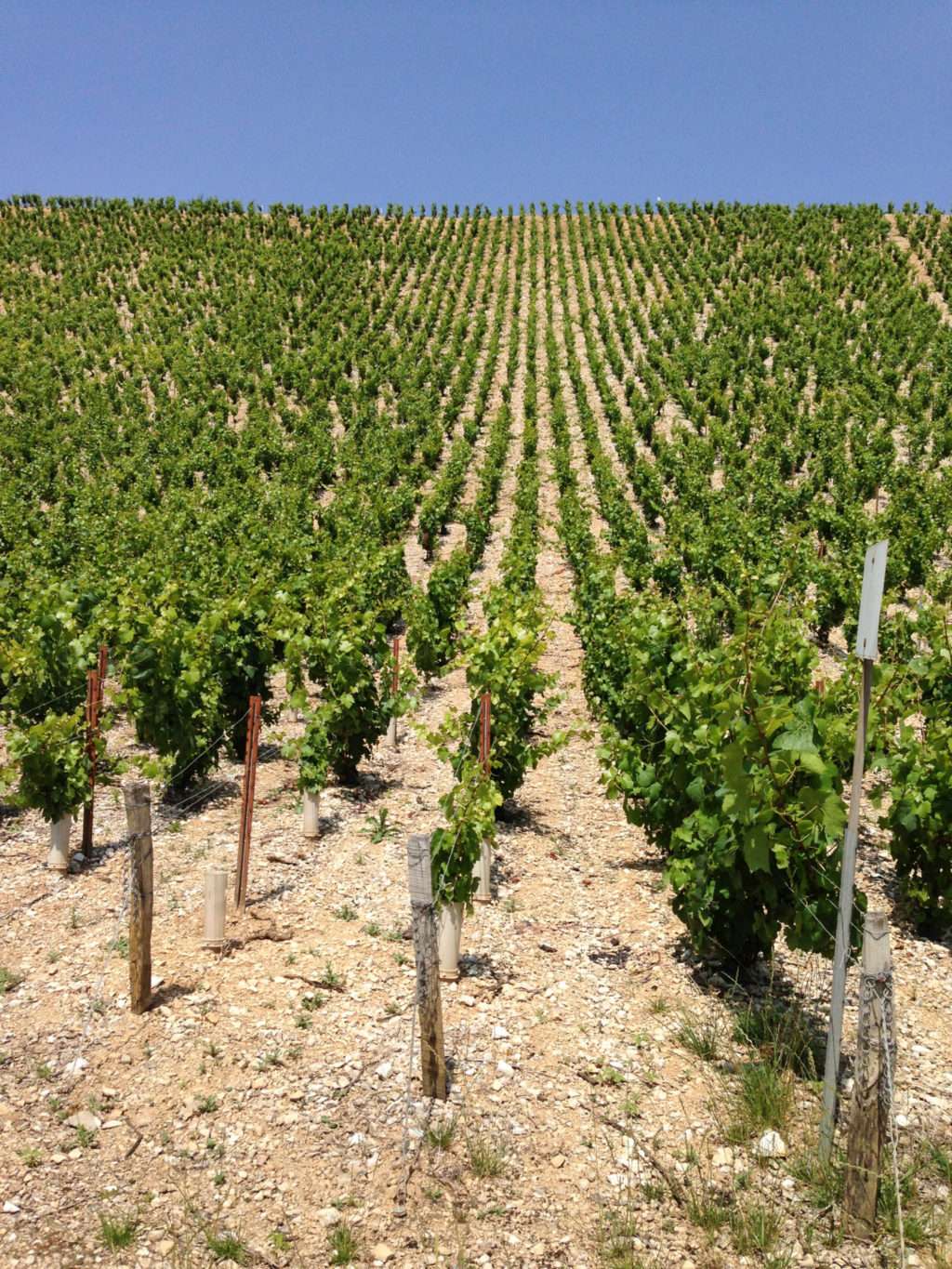 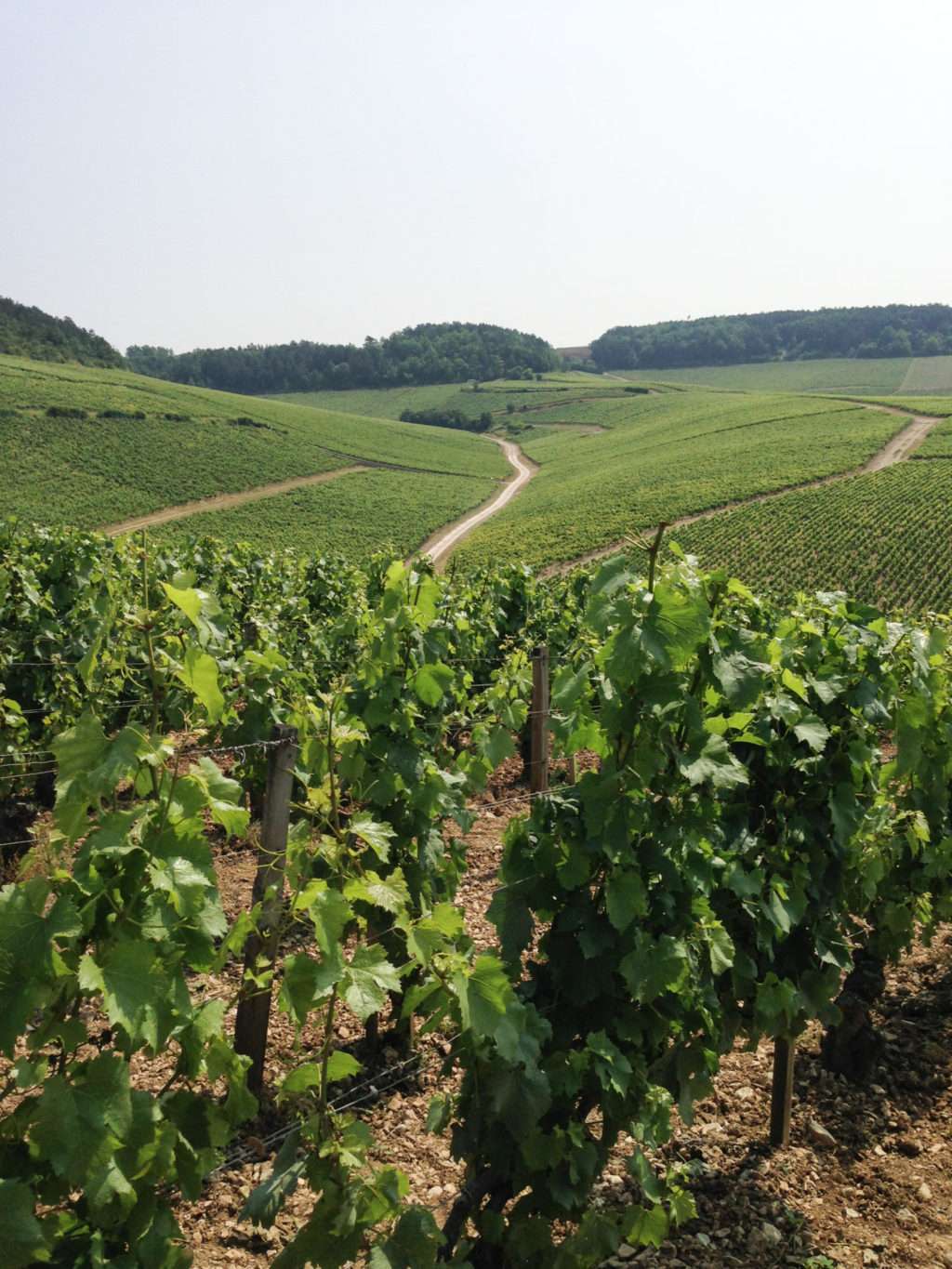 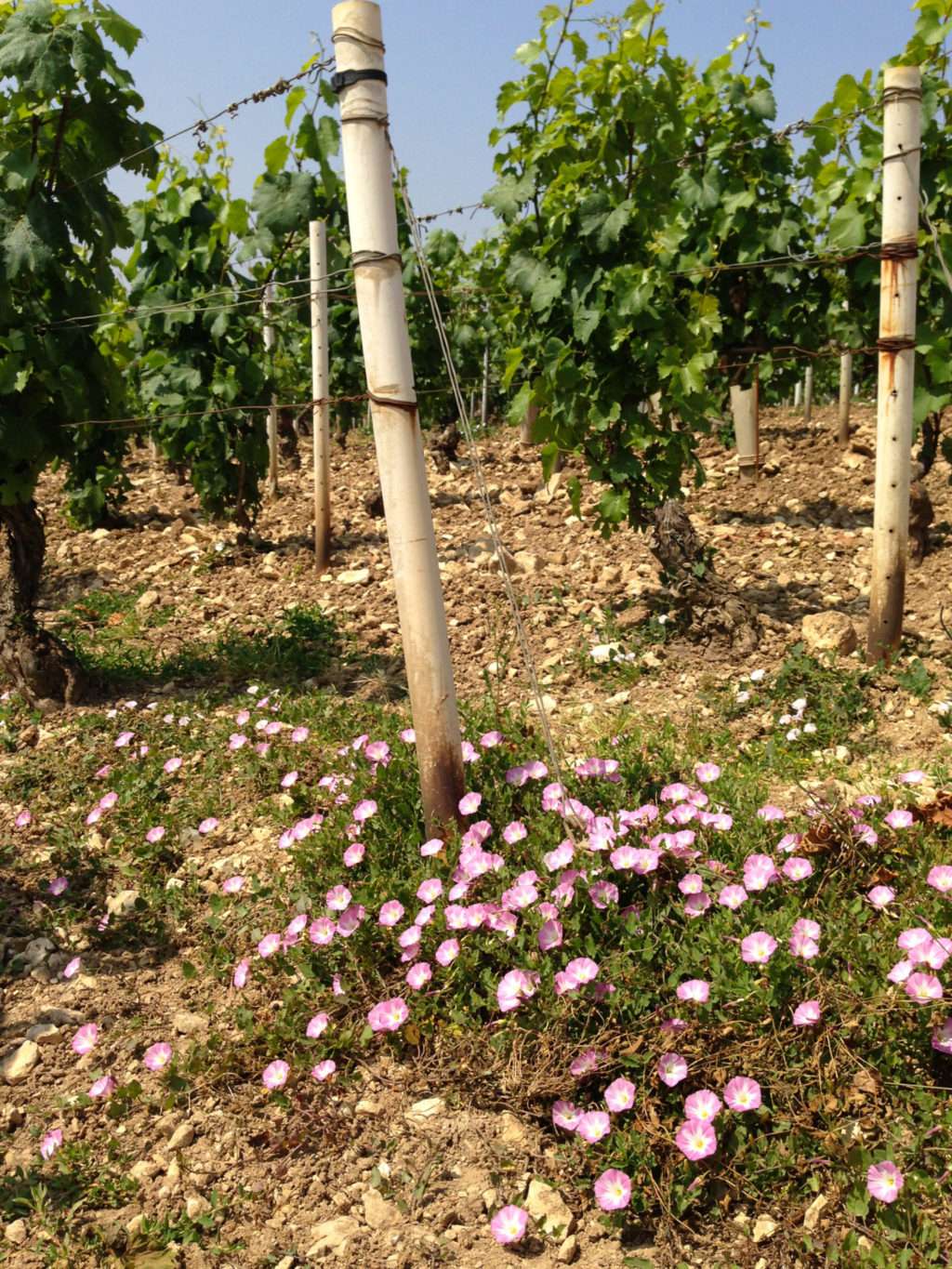 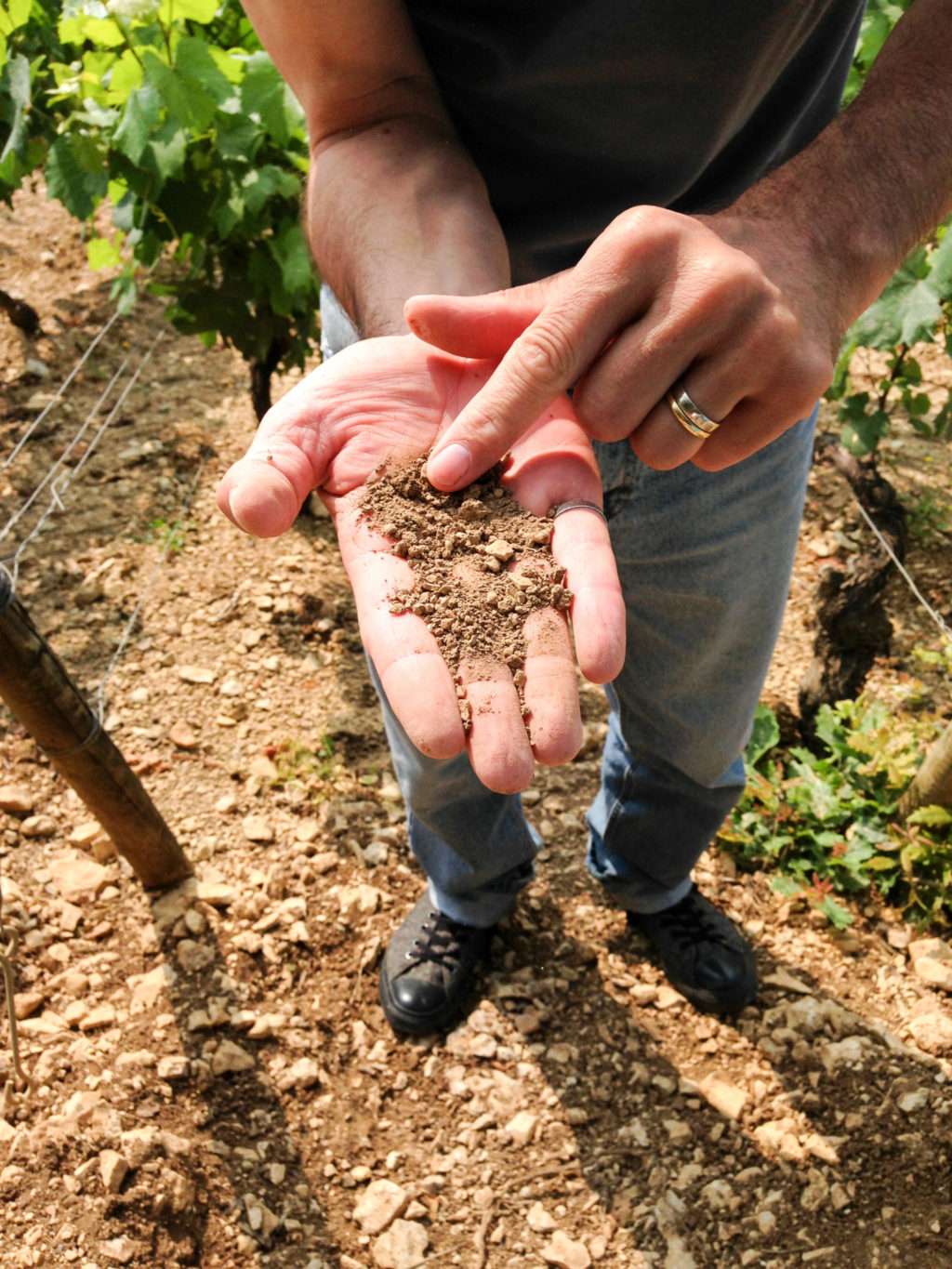 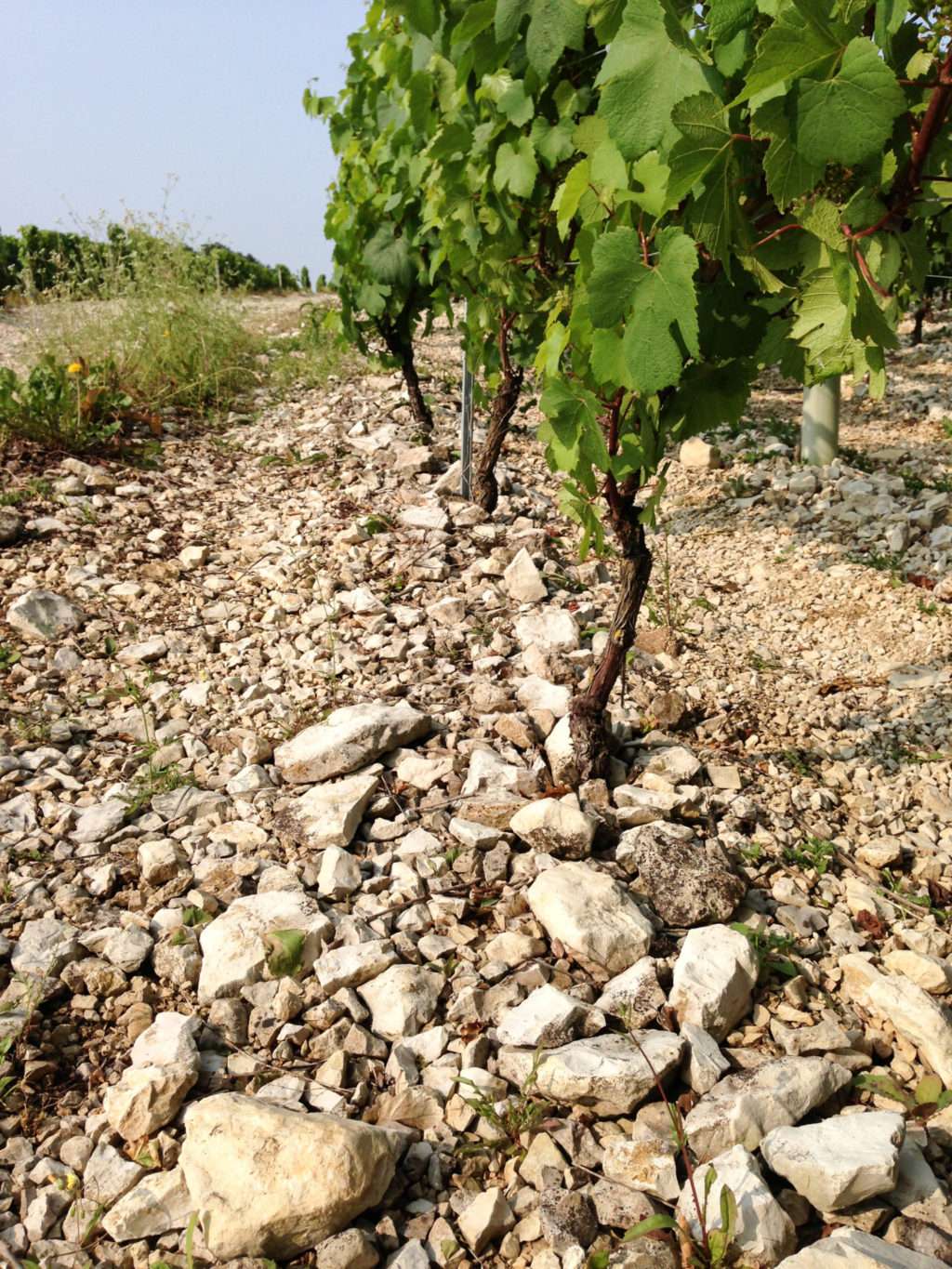 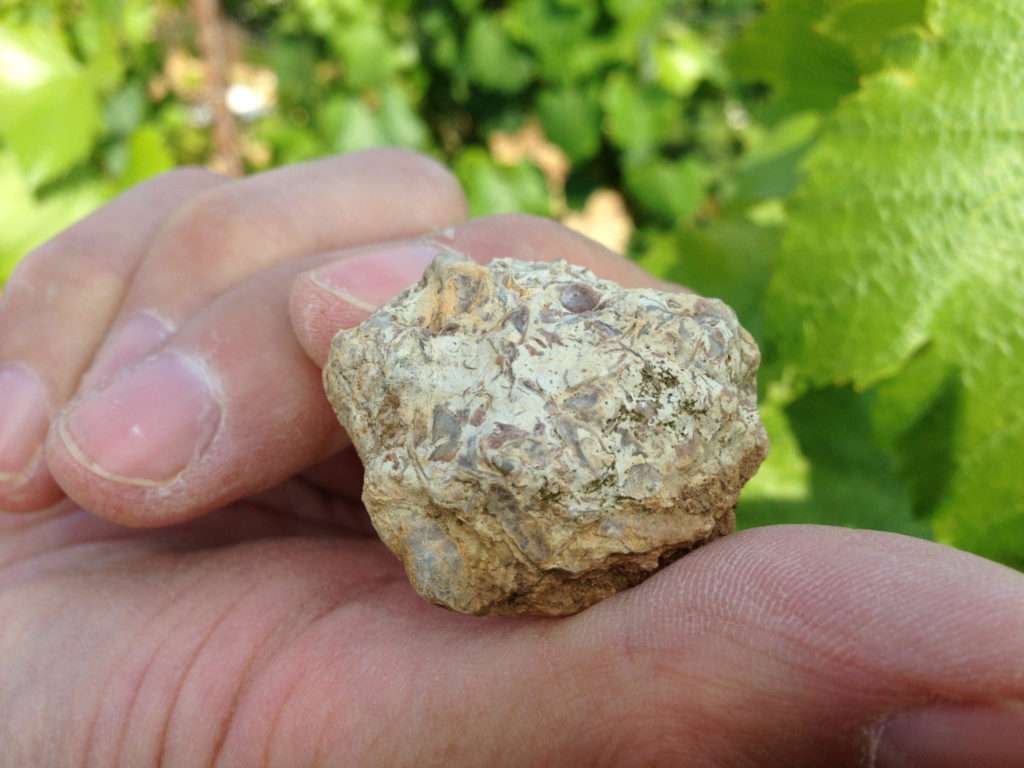 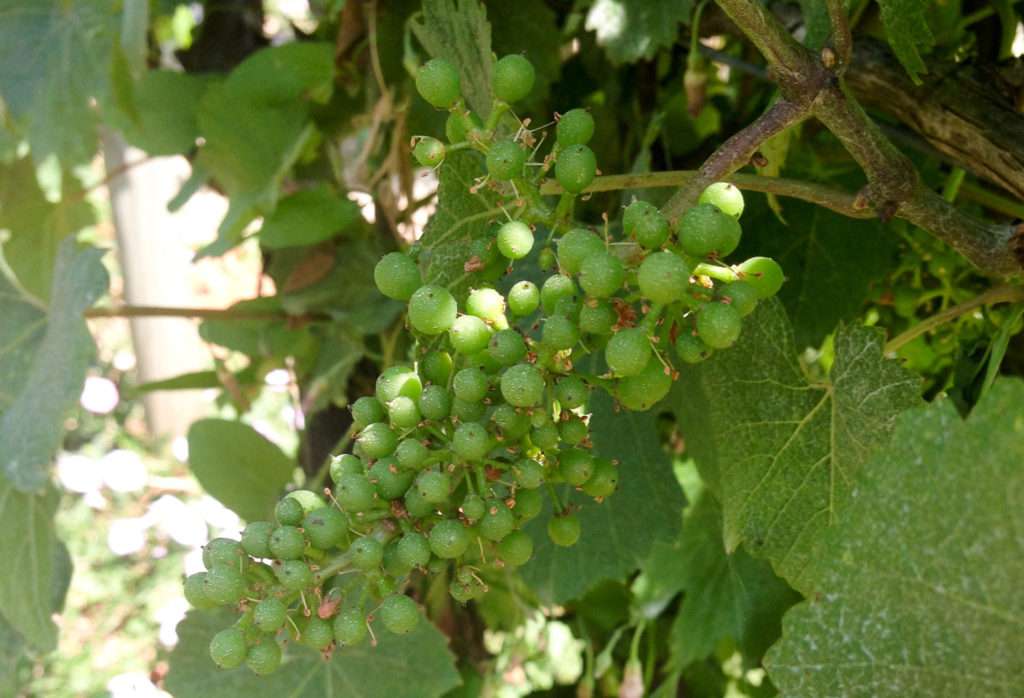 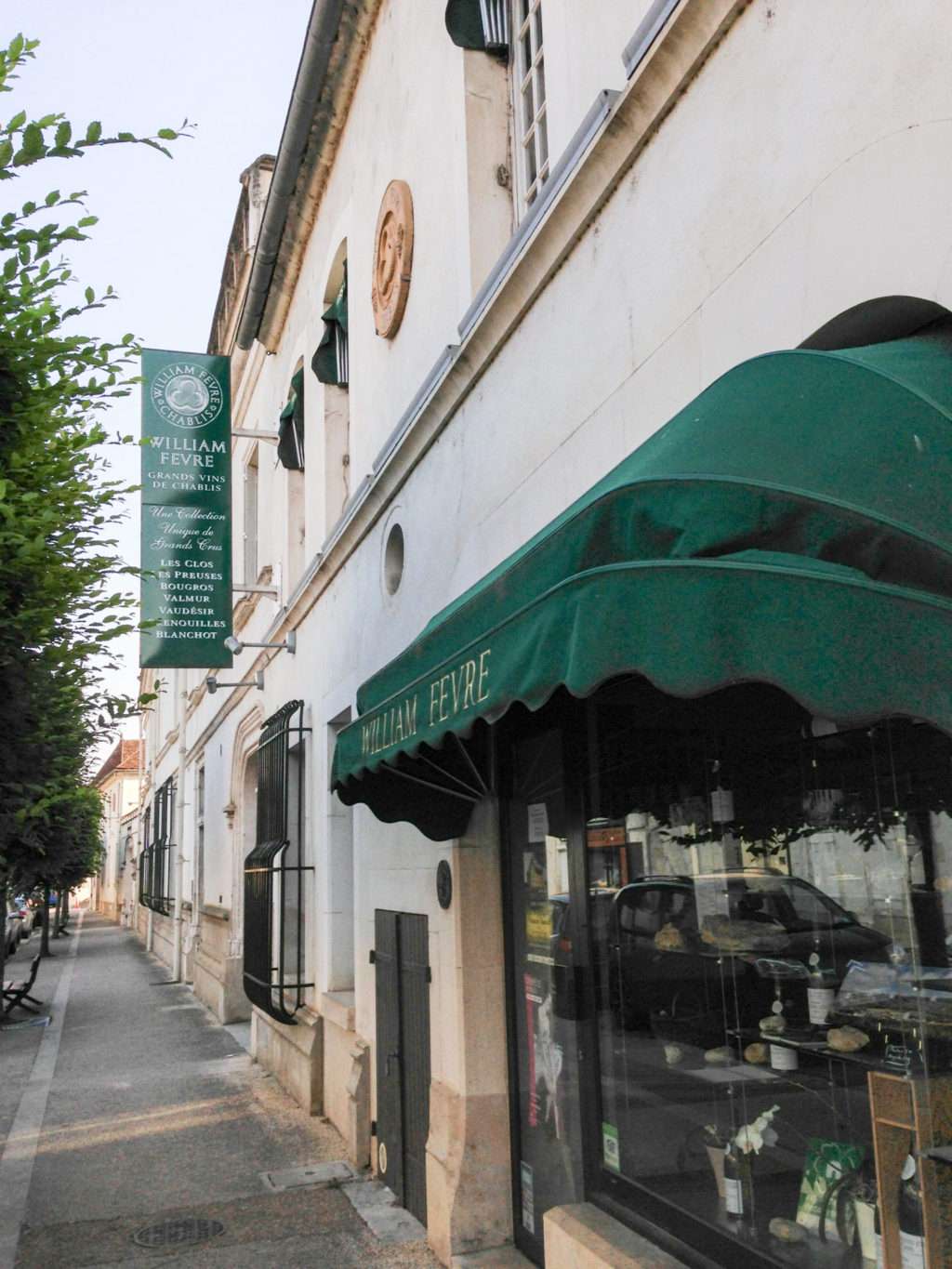 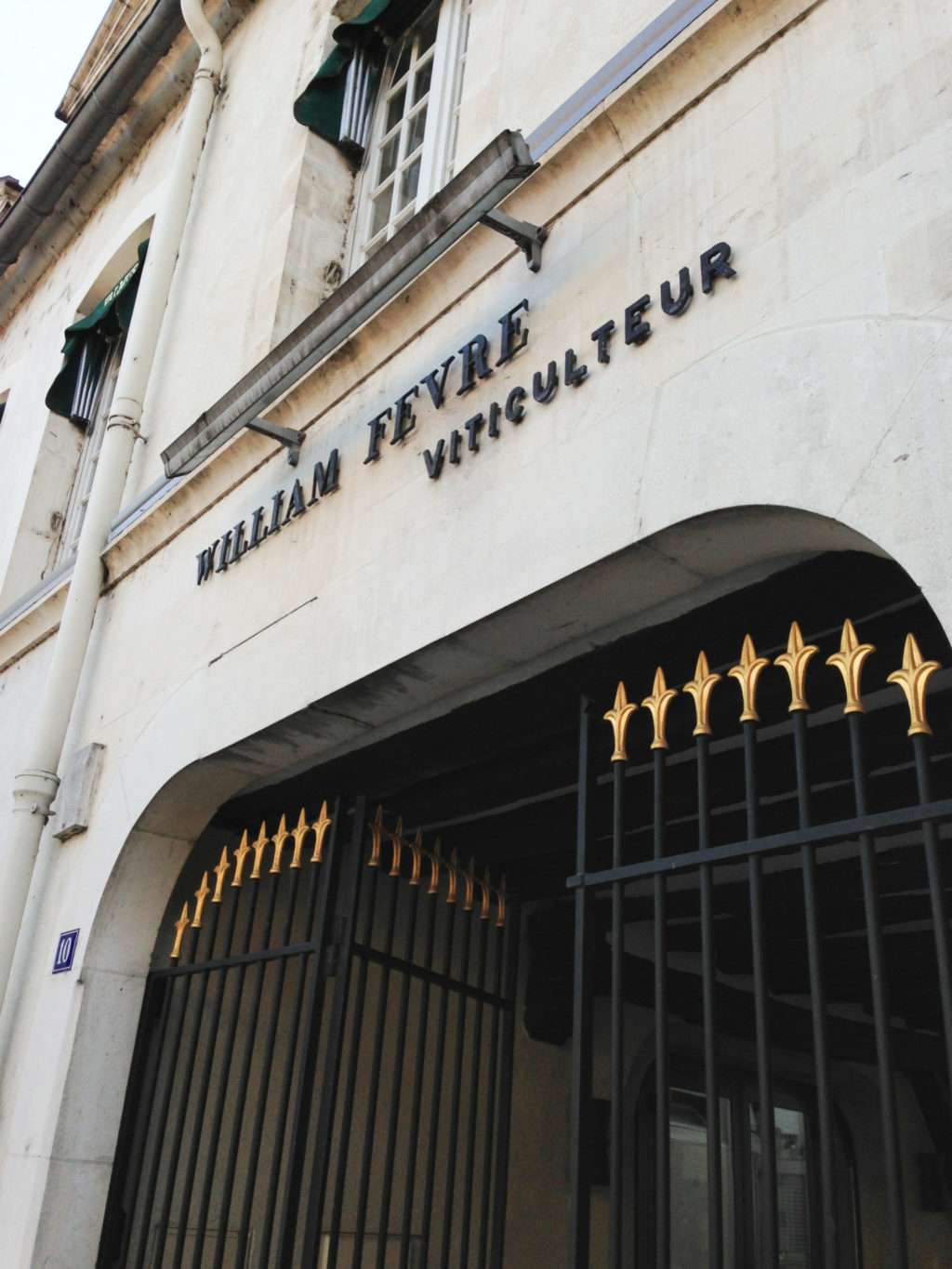 Slideshow photos by Gloria J. Chang. Click on the image for captions.